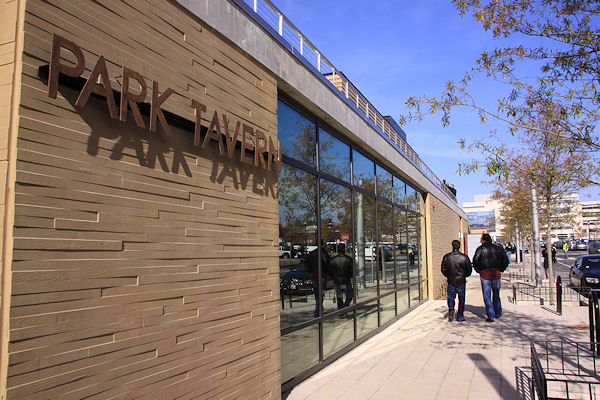 After months of waiting, a simple tweet a few moments ago says that the Park Tavern restaurant at 2nd and M SE in Canal Park is open for business.
If you stop by there, give us some details in the comments.
UPDATE: I should also mention that the BID tweeted that the water feature (some might call it "fountains") at Canal Park is operational today as well, after a breather during the switchover from ice rink to warm weather retreat.
UPDATE II: Here is the menu. (If you want to see the chicken, parm cream, and dried cherries flatbread, here 'tis. And here's the taps. And the cocktail menu, blurred to give you the experience of ordering after you've had a few.) The manager told me they will just be open for dinner for a few weeks, then expand to lunch.
UPDATE III: Photos of the interior here and here. (Yeah, they were taken back in November, but nothing's changed!)