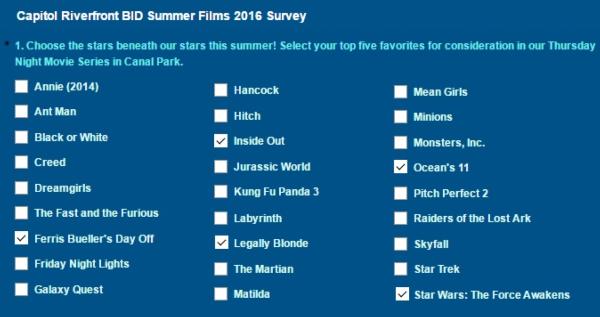 While Mother Nature is sending February out like a lion (instead of waiting until March comes in, as custom would dictate), you can dream of warmer days by telling the Capitol Riverfront BID which movies you'd like to see during the 2016 Outdoor Movie Series at Canal Park.
You get to choose up to five movies from the list, and the image at right in absolutely no way would be trying to tell you which movies to pick.
The series will run this year from June 2nd through August 18.