peek >> << back
Near Southeast DC Past News Items: sq700
Advertise on JDLand 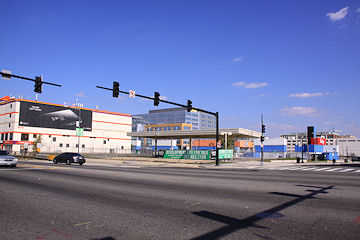 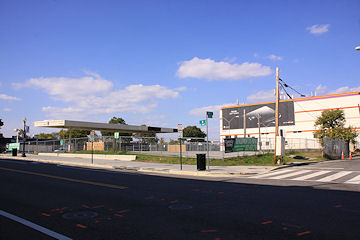 Monument and its investment partners (including Lehman Brothers) paid about $10 million for the six lots in multiple transactions in 2005 and 2006, and in 2008 began some initial bureaucratic moves on plans for a residential building that went nowhere. In late 2010, they went to the Zoning Commission with a request to review new plans for a 12-story office building, but that review didn't move forward until mid-2013, and is in fact scheduled to have its final vote in early January. In the meantime, about a year ago Lehman Brothers took full ownership of the site (since it had been the lender on the original loan).
JBG has just one other property in Near Southeast, but it's a big one: the 1.1 million-square-foot US Department of Transportation headquarters at New Jersey and M, which began construction in 2004 and opened in 2007.
Thanks to many purchases in the Great Ballpark District Land Rush of 2004-06, Monument at one time controlled quite a few properties in the blocks just north of the ballpark. And while the company still owns the old Domino's site on the southeast corner of South Capitol and M, as well as the infamous Half Street hole in the ground, the other properties have since fallen off their inventory, including the recently sold 55 M office building. The company's 50 M site, on the northwest corner of Half and M, was also returned to Lehman Brothers a year ago, and then sold this past May for $13 million to a team mulling a hotel. And at one point Monument had owned the land along N where the southern end of the Fairgrounds now stands, but sold it to Akridge in 2008 during all the fallout of the sale of the Southeastern Bus Garage.