peek >> << back
Near Southeast DC Past News Items: cavayardsparcelo
Advertise on JDLand


1 Blog Posts Since 2003
Oct 23, 2017 3:24 PM
A Visual Catching Up on the Latest Goings-On
Time for my quarterly {ahem} update on all of the construction projects you are picking your way past when you walk/drive/bike around the Hood:
I'll start with the new openings and the coming soons, with both Due South Dockside and Morini Piccolo now operating (softly) on the Yards Park boardwalk, and Cava in the Homewood Suites at Half and M in Any Second Now territory: 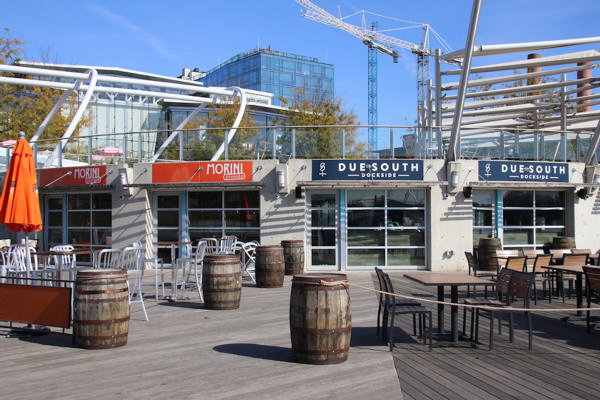 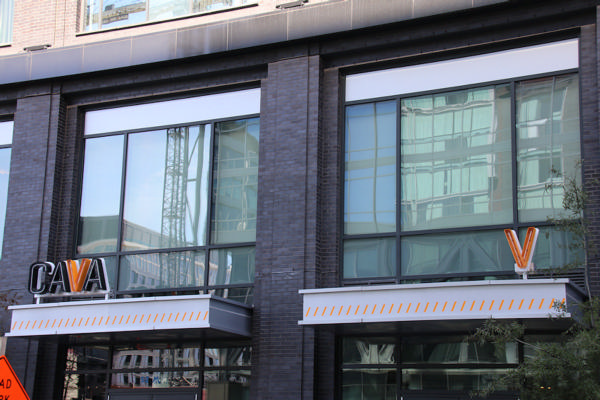 As for buildings getting their faces on, I present Skanska's 99 M office building and the new DC Water headquarters: 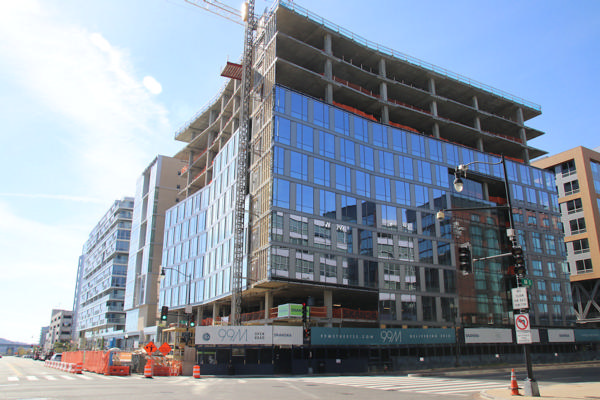 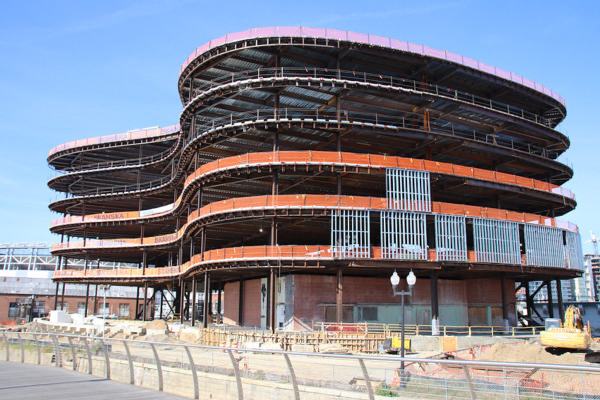 There's also now two new arrivals above ground, as PN Hoffman's condo project The Bower has at last made its debut at 4th and Tingey, as has the DC Housing Authority's as-yet unnamed mixed-income rental building at 2nd and L, both of which are shot from the south instead of the intersection because it's now the time of year when anything shot to the south-southeast, south or south-southwest will look terrible, no matter what time of day: 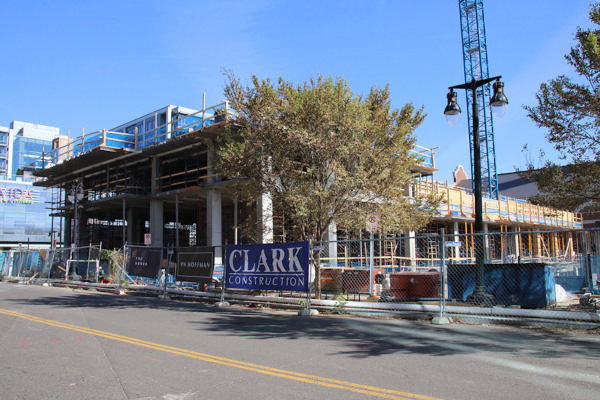 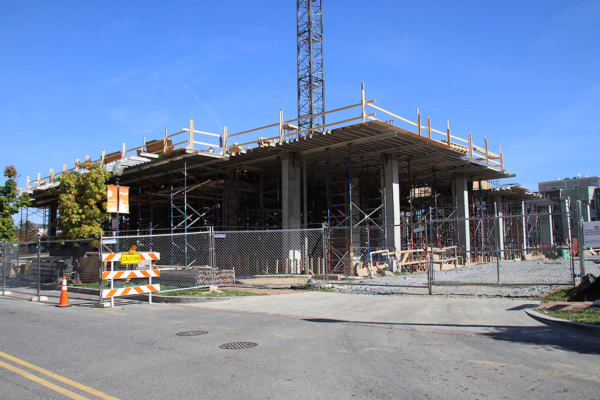 Next on the assembly line, two more residential projects projects are likely to be making their above-ground debuts before the end of the year: JBG's West Half project directly north of Nats Park, and the McDonalds-slaying 2 I Street project: 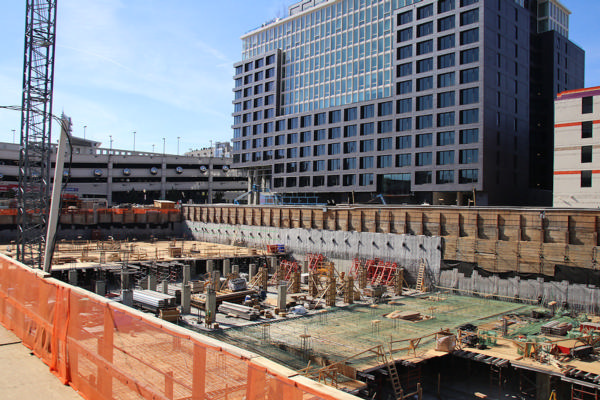 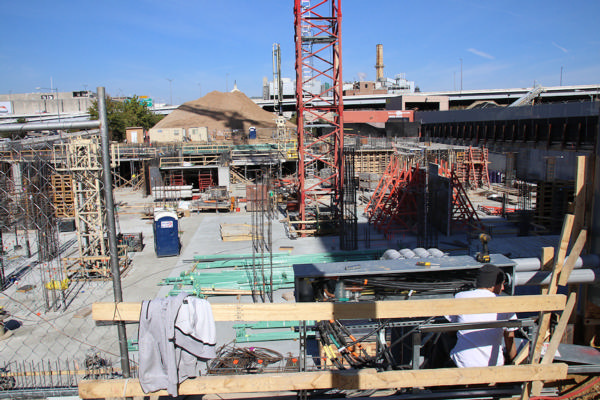 Other holes in the ground I won't highlight this time around include the Bower's sibling rental project at 4th and Water, Toll Brother's Parc Riverside Phase II at Half and L, the Jair Lynch residential project at the Half Street Hole, and the combo project at South Capitol and M for the new National Association of Broadcasters headquarters and its next-door residential project labeled 10 Van.
Also, WC Smith has cleared the lot at 2nd and I to make way for the beginning of work on the Garrett, the third and final apartment building that makes up "The Collective" on that block. Plus, fences are up along 3rd Street for the next project in the Yards lineup, the 270-unit apartment building currently known as "Parcel L2." (Great, I have to update my Highlighted Projects map again.)
Just to make sure all ends of the construction spectrum are represented, one hole is even starting to get covered over, and that's in the 200 and 300 blocks of Virginia Avenue, where the Virginia Avenue Tunnel work is far enough along that you can actually start to imagine a street appearing again in those blocks in the coming months: 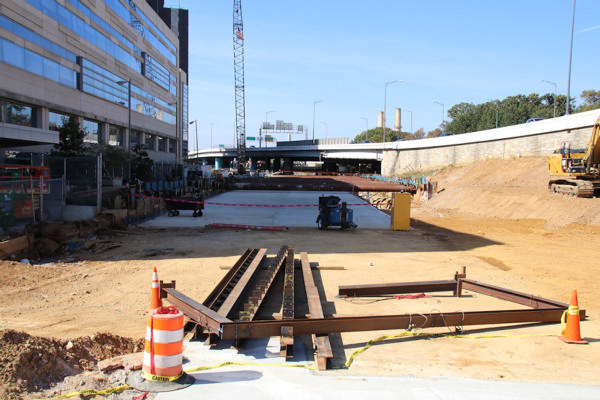 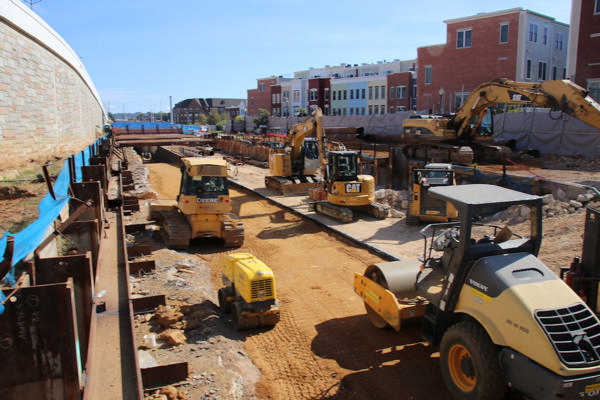 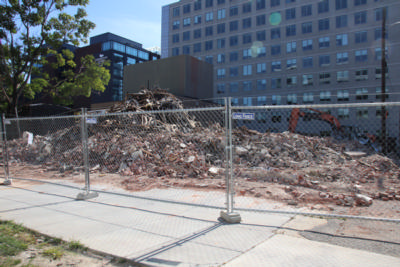 Finally, I'll close with a shot of a tearing down rather than a building up, and that's the pile of debris formerly known as 37 L Street SE--just in time to mark the 40th anniversary of the Cinema Follies fire, on Oct. 24, 1977.
So, while the neighborhood is taking a back seat these days to all of the excitement surrounding the opening of the Wharf down the road, there is still a fair amount happening. (And hopefully the neighborhood blogger will someday get back in the groove. Still riding the rollercoaster of my new not-yet-ready-to-call-it-normal.)